CHICAGO!  CHICAGO!  Tall buildings, great art, the Cubs, friendly people, the Blues! April found Maria and I in the Windy City on a self-guided tour that we'll never forget.  Chicago is truly a majestic city - birthplace of the skyscraper, proud home to the Chicago Cubs, and site of a vibrant cultural life.  Although we only stayed for four days, I'm already planning to do a Hoffy Tour to this friendly and exciting town.  People say Chicagoans are really nice and helpful.  We second that opinion!

Art Deco Chicago - The Art Deco period flourished from the mid-1920s to the end of the 1930s and Chicago has many fine examples.  I've always marveled at the beautiful, complex and expensive decoration was used during this period in lobbies, on elevators, on walls and on building tops.  The designs are stylized, optimistic and complex with influences from Art Nouveau Europe, Egypt, Mesoamerica, and nature.  Along Michigan Avenue, the Loop and the Chicago River are many fine examples of this bountiful period.

How Tall Can You Go? Chicago invented the skyscraper and then New York went taller with the Chrysler, Empire State Building and then World Trade Center buildings.  However, the Sears Tower (now called the Willis Tower), completed in 1973, topped out at 110 stories making it the tallest building in the world for almost 25 years.  Maria and I ascended the tower to Skydeck for its amazing views and exhibits.  And, no, we didn't hang out on the projecting platform!

Fanciful Shapes:  One of the most interesting aspects of Chicago's architecture is its diversity.  There are early Beaux Art skyscrapers, Gothic Revival, Art Deco, International Style, Post-modern and contemporary towers.  Something for every taste!

Great Public Art - Chicago also prides itself on its stellar public art.  My favorite, in fact the most engaging public art I have ever seen, was right out in front of our hotel in Millennium Park: the "Bean".  Actually called "Cloud Gate", this 2004 sculpture by Anish Kapoor delights visitors daily.  This shiny stainless steel shape reflects the sky, the skyline and the many people taking pictures of themselves reflected in the "Bean".  Like truly great art, it connects strangers who want to talk about it, walk around, under and through it.  What a masterpiece! 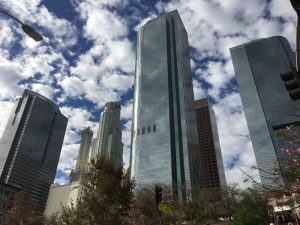 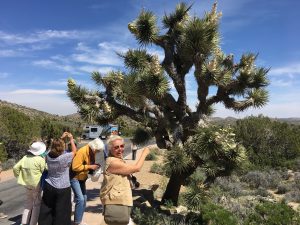 We’ll explore Little Saigon with tea tasting, a specialty supermarket and a visit to a beautiful Buddhist Temple.  Then, we’ll savor the California Scene Painting collection at the Hilbert Museum.  Lunch on your own at[...]
View Calendar
Add