Little did I know it, but I grew up in a famous garden apartment.  In fact, one mile away from what is now a National Historic Landmark - the Baldwin Hills Village (now Village Green).  As a six-year-old, all I knew was that there was a nice green lawn in front of our apartment with carob trees and straight sidewalks.  The ice cream man would ring by every weekend along with the ubiquitous "rent-a-pony".  My wife and I recently took the LA Conservancy's Garden Apartment tour and it brought back many memories.

Historical background - It turns out that the garden apartment movement was an important urban design trend.  Starting in England from Ebeneezar Howard's Garden City movement to decongest London, the idea spread to the US prior and during the Great Depression as an effort to provide families with adequate housing along with access to open space.  After WW II, the huge demand for housing, benign climate and extensive open space of Los Angeles proved to be a fertile climate for these large developments.  From 1937 to 1955, almost 40 garden apartments were built in the LA metropolitan area.  Combine this with the design skills of some very far-sighted planners, architects and landscape designers of the era and you have some very special environments.

Unique Design - Garden apartments were unique for their time because placed more emphasis on the site and landscape plan than the buildings, which were often of modest and repetitive design.  All units faced a landscaped courtyard instead of a street, and most of the projects contained a large, centrally-placed green. 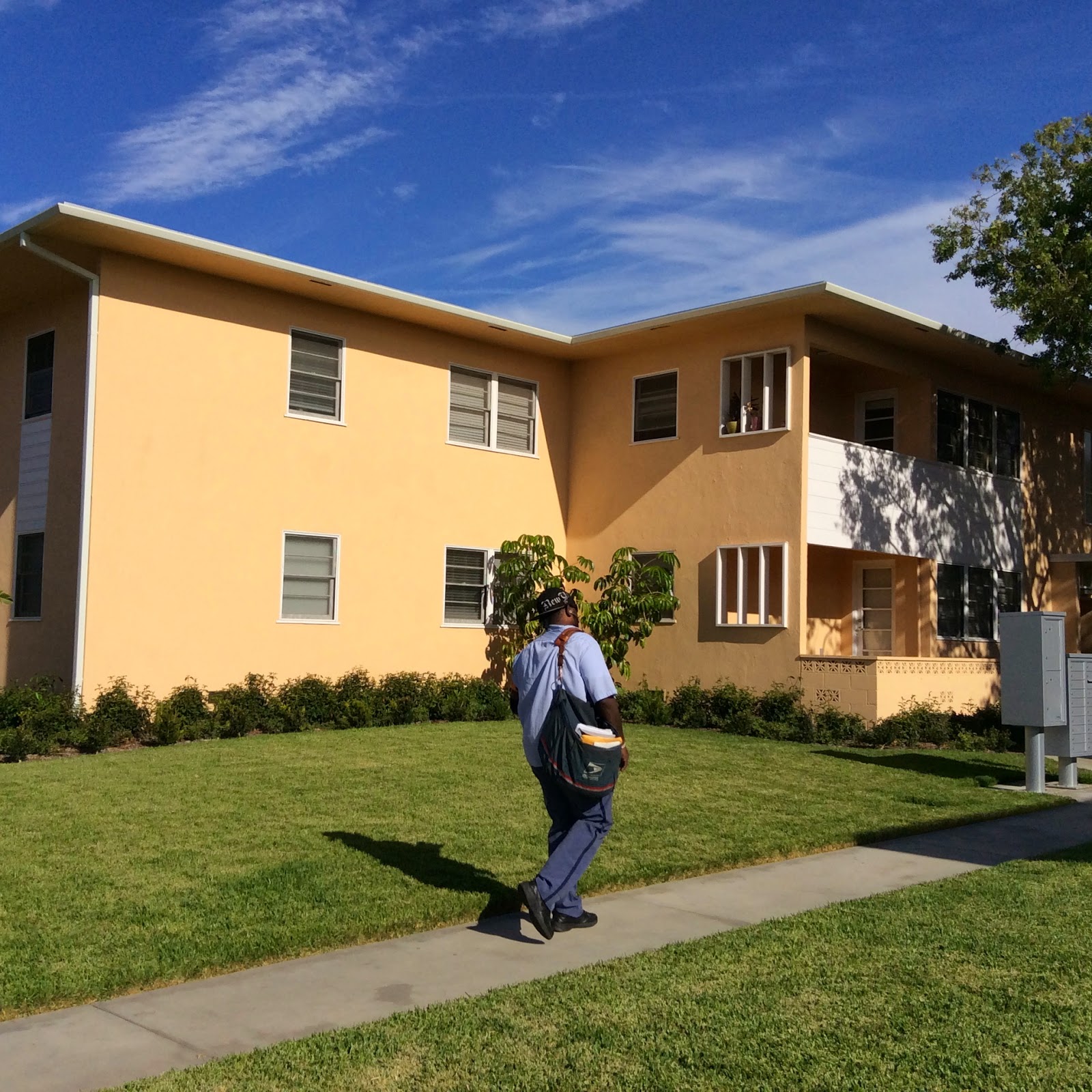 Taking a second look at Garden Apartments - Not everyone wants to own a home or maintain a yard, and renting makes economic sense for lots of people.  It's great that there's revived interest in garden apartments.  There were a key part of our post-WW II urban development, and architects are incorporating their principles in new and exciting designs.  Explore the some of the many garden apartments using the wonderful LA Conservancy link below.