PASADENA ARCHITECTURAL TOUR: Six Reasons Why this City has the Best Architecture in Southern California

Pasadena has an architectural heritage like no other Southland city.  Starting out as a resort for Indiana health seekers way back in the 1880s, this famous city never stopped building beautiful buildings, neighborhoods and districts.  Cradle to the ultimate craftsman bungalows of architects Henry and Charles Greene in the early 1900s and home to the most stunning 1920s period revival styles in the Southland, Pasadena became a leader in the historic preservation movement.   Combine this architectural heritage with southern California's most successful town center - Old Pasadena - and it's almost not fair to other cities!  With this notable legacy in mind, Hoffy Tours set out on its tour:  Pasadena: Architectural Jewel.
Tour Itinerary: I designed this tour to highlight the tremendous diversity of Pasadena architecture.  First, we enjoyed a docent-lead tour (followed by a picnic on the back porch on "Brown Bag Tuesday)of the 1908 Gamble House at the edge of the famous Arroyo Seco - ground zero for early craftsman architecture.  Then, I lead a two-hour bus tour of some of the most beautiful neighborhoods in the US, featuring the gorgeous period revival architecture of the 1920s.  We concluded the tour at the 750-acre Descanso Gardens in La Canada for a wonderful green walk among the heritage oaks, sycamores, camilias, and roses.
Now,  SEVEN REASONS WHY PASADENA HAS THE BEST ARCHITECTURE IN SOUTHERN CALIFORNIA

Reason #1: The birthplace of craftsman bungalows - the Gamble House, a National Historic Landmark - Pasadena is where the craftsman bungalow was perfected and there's no better way to start our day than at the ultimate bungalow.  This stunning home represents a truly California style, not an imitation of European precedents, where the Greene brothers is the pinnacle of the arts and crafts philosophy where the architects created a whole new style celebrating comfort, wood detailing and art.  The Greene brothers were architects and artists, designing all the interior furniture, rugs, windows, and fixtures.  The Gamble House is the only Greene and Greene home that contains all the original furnishings.

Reason #2: Pasadena Has Over 30 Historic Districts - For a city of its size, Pasadena has an impressive number of historic districts - both Landmark and National Register types.  We visited the City's first landmark district - Bungalow Heaven - designated in 1989 (Check out their excellent website which explains the preservation process and what it means for property owners - Bungalow Heaven.  Historic designation requires that property owners get "Certificates of Appropriateness" for external changes to their homes before pulling building permits, but the benefits in terms of neighborhood pride, property values and preservation are clear.  I recommend attending Bungalow Heaven's yearly open house where selected homes are open to the public and the whole neighborhood greets visitors.

Here's a link to the City's website on historic district planning and regulation: City of Pasadena Historic District Planning.

Reason #3: Pasadena's Old Town is the best Town Center in Southern California: In terms of preservation and urban design, Pasadena is a trendsetter.  It was the first mid-size city to create a successful town center.   Instead of tearing down its excellent stock of 1920s commercial buildings, the City brought in an urban design firm to develop design guidelines for preserving and enhancing existing architectural features, storefronts and alleys.  The City wisely chose to build peripheral parking structures to improve access and prevent breaking up continuous rows of commercial buildings with surface parking lots, thus enhancing the pedestrian experience.  The resulting "urban conservation" zone has proven to be the region's most lively, beautiful and commercially successful town center.  An especially fun feature of Old Town Pasadena is the incorporation and enhancement of alleys into the overall center.  With lively and entertaining public art, ample seating and strong access, the alleys of Old Town Pasadena represent some of the best pedestrian public space anywhere.

Reason #4:  Pasadena has the most beautiful period-revival (1920s) neighborhoods in Southern California - As the Southland's economy boomed in the 1920s and Pasadena's reputation as a healthy and beautiful city soared, many wealthy clients employed notable architects with great commissions for their private residences. Sylvanus Marston, Wallace Neff, Myron Hunt, and Charles and Henry  Greene were among the famous architects who designed homes in the Pasadena and San Marino area.  The result was some of the most beautiful neighborhoods anywhere in the United States.

During the 1920s, period revival architecture was fashionable throughout the Southern California region and the nation.  And, because Pasadena jumped on the preservation bandwagon relatively early in the 1970s and 1980s, almost all of these original neighborhoods are architecturally intact.
In the many historic and landmark districts, as well as throughout the City, you will see beautiful examples of Spanish Colonial, Mission, Tudor, Dutch, Italian and Mediterranean, Gothic, English Cottage, and French Revival styles.  Also prevalent are the earlier Victorian styles such as Queen Anne, Eastlake, and Shingle Style as well as the home grown Craftsman Bungalows and less prevalent Prarie Styles.

Reason #5:  Pasadena has one of the most beautiful parades in the world - the Rose Parade on New Year's Day (or January 2 if Jan. 1 is a Sunday) - Having grown up in South Pasadena, I've had the great fortune of attending over 25 Rose Parades.  Here's my tip for the best way to get up close and personal to the floats.  I recommend getting up early (arrive by 6 AM), parking your car south of Orange Grove and California Blvd., and walking straight up Orange Grove next to the floats.
All the floats line up along Orange Grove and you can walk right next to them, see the TV newscasters, smell the flowers and delight in the beautiful spectacle.  Of course, you won't see the marching bands or equestrian units unless you buy a grandstand ticket or squeeze along the sidewalk closer to Colorado Street.  Some people like to go see the floats after the parade at Memorial Park, but I like the freshness and excitement of New Year's morning! 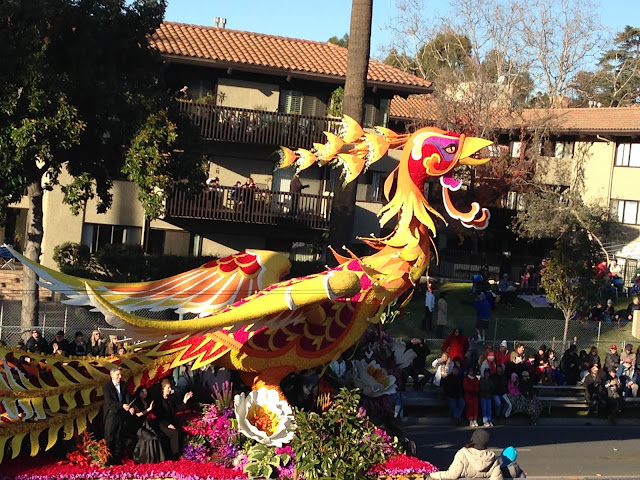 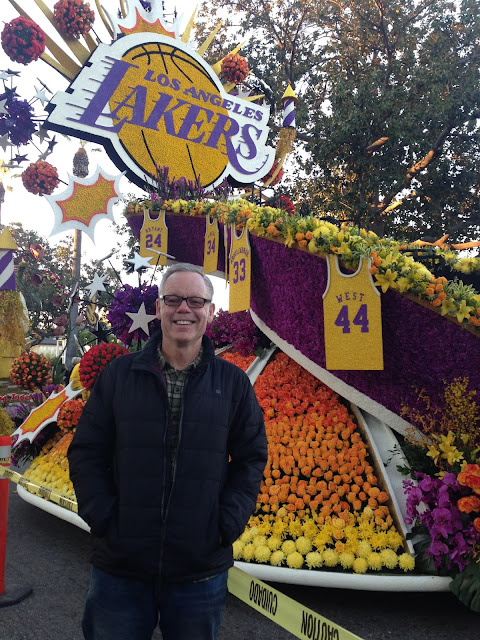 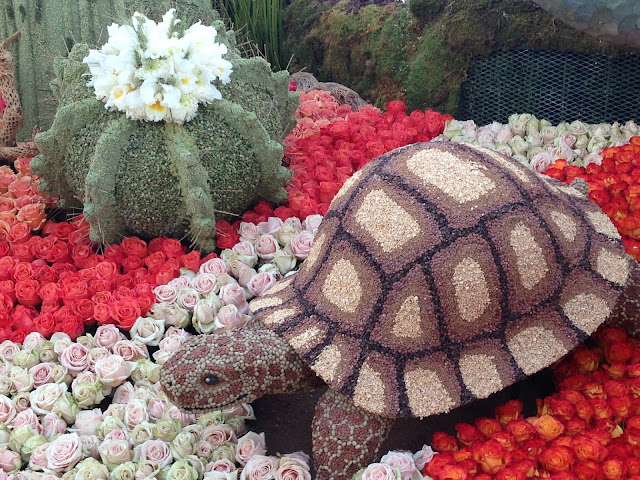