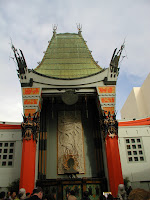 Hollywood exists as a dream destination for people around the world.  With visions of movie stars and glamour dancing in their heads, they flock to Hollywood with high hopes.  Unfortunately, the physical place doesn't match the dreams.  But this doesn't mean that Hollywood and environs aren't worth visiting.  If you plan ahead and have a good attitude, there are plenty of fun and historic sights to behold.

I have divided Hollywood into four attractions:
1) the Hollywood/Highland Entertainment Complex - tons to see but beware the gauntlet of crowds; 2) Movie Star Home Tours - tacky but super-fun; you'll ride in an open-air van and cruise the Hollywood Hills, Beverly Hills, the Walk of Fame and Rodeo Drive 3) Movie Studio Tours - a great option for movie buffs; I recommend Paramount or Warner Brothers; and 4) Griffith Observatory and East Hollywood- stellar views, great drive, fine museum and planetarium shows, but get there early.  The Los Feliz neighborhood and village are worth checking out.

1.  Hollywood & Highland Entertainment Complex:   This one block entertainment complex has tons to see and is usually very, very crowded.

Chinese Theatre - If you don't mind a gauntlet of tourists and Mickey Mouse lookalikes, it's worth seeing, but only once.  The Chinese theatre, built in 1927, is a historic landmark and a great example of Asian Revival architecture.  I highly recommend taking a tour of its beautiful interior which is available when movies are not being shown.  The movie star hand and foot prints in cement in the forecourt are fun to explore if you don't ming jostling for a picture with the crowds.

Dolby Theatre - Not much to see here.  It's hard to get a tour of the theater and its not as historic as its neighbor to the east.  The "red carpet", Academy Awards corridor is fairly glamorous staircase where all the Best Picture awards are displayed on the adjoining columns.    So head next door to the......

Central Courtyard.  This five story retail courtyard added some much needed shopping, seating, eating and views for the hordes of tourists.  Architecturally it has some interest as well with its massive recreations of the Assyrian Revival set from the movie "Intolerance" (1915) by DW Griffith.  The views of the Hollywood Sign are mediocre but I like descending the staircase to Hollywood Boulevard for views of the gorgeous El Capitan Theatre (1926; Spanish Colonial Revival), owned by Disney Corporation, and the 1921 Hollywood Masonic Temple - home to the late night show Jimmy Kimmel Live. 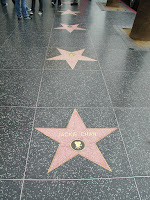 Hollywood Walk of Fame - There are over 2400 terrazzo and brass stars embedded in 15 blocks of Hollywood Boulevard and 3 blocks of Vine Street but its not worth walking its length.  There's a lot of tacky retail and few attractions.  Stick to Hollywood and Highland or the area in front of the Pantages Theatre.  And, one more bit of advice, watch your purse and wallet.s

Make it really fun - If you're going to visit Hollywood Boulevard and have a little time, here's what I recommend:

Visit Madame Toussand's Wax Museum (Madame Tussand's Los Angeles) - If you're a movie buff and you're from out-of-town, why not?  Although bit pricey, this attraction is highly rated and the wax figures are surprisingly real looking.  You'll see so many stars and get so many photographs that you'll be thrilled.  Besides, you've got to pose with Shrek or Johnie Depp in the entrance.

See a movie or premier at the TCL Chinese Theater -  What better way to experience Hollywood than to actually see a movie in its most famous theatre.  This way, you'll get to see the dazzling interior (LA is the movie palace capital of the world) and get to relax.

Eat at Musso & Frank Grill - This most classic of all Hollywood restaurants has been open since 1919.  The waiters wear tuxes, the food is good, the booths are comfortable and the place reeks of movie star history.  Your waiter will certainly tell you of movie star sightings. 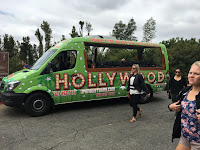 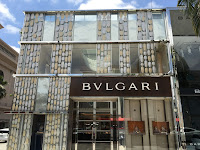 2.  Movie Star Home Van Tours - I highly recommend booking one of these two-hour tours - you'll see tons.  There are many to choose from and I used Prime Time Hollywood tours.  The advantage of these tours is the route they take.  I liked the stellar views of Los Angeles and the San Fernando Valley and its studios from famous and windy Mulholland Drive.  The tour guides are full of fun-facts, and, although I don't care about movie stars, I enjoyed seeing those huge homes in the hills.  My tour van descended into the gorgeously landscaped neighborhoods of Beverly Hills for more famous homes.  Once again, I couldn't care less who owned the house but the sheer beauty of the streets, each with their own variety of tree.  Cruising down Rodeo Drive, the US's second most expensive retail street, was fun people-watching.  Going back to Hollywood through West Hollywood's famous Santa Monica Boulevard was a good route.

Spoiler alert: Many of the famous homes are covered in huge gates, landscaped walls or trees, but the 2-hour tour was a visual feast anyway! 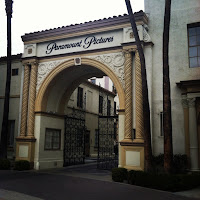 3.  Studio Tours - I highly recommend a studio tour because you can sight-see along the way and then get a behind-the-scenes view of the TV or movie industry.  I like the Paramount Studios Tour (Parmount Studios) for it is the oldest operating studio in Hollywood and has a ton of history.  On the tour, you share a golf cart with your guide and six other guests as you cruise the back lots, sound stages and production facilities.  Was fun to see fake streets and buildings, the parking lot which served as the Red Sea in the Ten Commandments, and the sound stage where Dr. Phil is filmed.  I also recommend the Warner Brothers Studio Tour which has more bells and whistles than the more historic Paramount Tour. 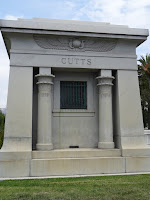 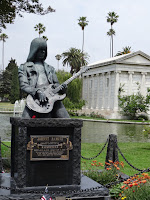 with its incredible tombs, headstones and movie star memorials.   Get a map at the entrance and pay your respects to the departed.  I was particularly fascinated by the diverse array of architectural styles, the most notable being Egyptian Revival.  Excavations in Egypt in the early 1900s along with that civilizations belief in the afterlife made a perfect marriage for cemetery design.

4.  Griffith Observatory - This Art Deco jewel from 1933 is a must see!  The drive through the beautiful Los Feliz neighborhood and village below the landmark is a treat in itself.  Arrive early if you want to avoid a parking nightmare, however.  Once at the Observatory, take the pathway around the museum and catch the incredible 270 degree views of the US's second largest city.  On a clear day, the LA's skyline, Wilshire Boulevard's Miracle Mile, Catalina Island, Long Beach, Westwood and the San Gabriel Mountains are there for the viewing.  The observatory itself is a wonderful treat and it's free.  I love the Foucault Pendulum and Tesla Coil exhibits and the cheaply price planetarium shows which you can only buy at the ticket window.  Angelenos are certainly glad that benefactor Griffith J. Griffith included plans for an observatory in his will along with his huge gift of land to the City of Los Angeles. 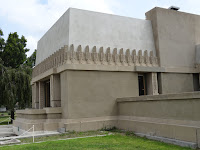 Make it more fun - Visit Frank Lloyd Wright's Hollyhock House - I really like East Hollywood.  Once you descend the hills from the observatory on Vermont Avenue, turn right on Hollywood Boulevard and you'll see signs for Barnsdall Park and the Hollyhock House.  This 1921 home is a beautiful example of Wright's textile block period and was named a National Historic Landmark for its innovation in design.  For a nominal fee, you can tour the small but stunning interior of Wrightian furniture, textured concrete, and light fixtures.  The view of the Hollywood Hills from the elevated site at Barnsdall Park is first-rate.  After your visit, turn left on Hollywood Boulevard, go three blocks and you'll be in Thai Town for a great meal.

There you have it - From tacky to National Landmarks, Hollywood has it all.  Enjoy your visit and I hope my descriptions helped a bit.